My “Blu Blazer Guy Chats with” posts are articles dedicated to influential individuals who inspire and empower through their passion of their profession. This time I was lucky enough to catch up with Scottish actor Craig McGinlay. Through a series of fortunate events it was clear that fate had already sealed an acting career for Craig, who has now starred in various adverts, TV series and feature films. With numerous roles from Outlander to King Arthur: Legend of the Sword, his career has continued to gain precedence and he is now set to play a lead villain in a new major Bollywood move. Since meeting Craig a few years ago, I have always admired his style, work ethic and down to earth nature. Therefore, I invited Craig for a Blublazer Guy Chat as I was keen to find out more about his career and how he maintains a healthy work-life balance.

Can you tell me a little bit about how you got into acting and was it always your intended career?

I wanted to be an actor but couldn’t see a path as no one in my friends group or family were actors. I am so grateful that I have now fallen into it. I was working as a sport Scientist for the Glasgow 2014 Commonwealth Games when I was spotted and asked to be featured as the weightlifter in the advert. The commercial was released and I was then spotted by a director to feature as the lead actor in his short film. It won best thriller in LA and Calgary at their film festivals and I then joined a small extras agency off the back of it.

After being cast in a global whisky commercial campaign which Guy Ritchie directed he then auditioned me for his fantasy epic King Arthur: Legend of the Sword to play the role of Sir Percival. I got the role and was sword fighting and horse riding on set with some top actors. It was an incredible experience for my first ever movie.

So far you have played a multitude of characters, including; Sir Percival in King Arthur: Legend of the Sword, Lead Villain Aldred in Knightfall and MacNeil in Outlander, has there been any particular role that has stood out for you and why?

Definitely Sir Percival sticks out because it was my first role as a feature film actor. It was a major movie so to play one of the knights of the round table was an incredible experience. One I will never ever forget and will be forever grateful to Guy for having me.

You’ve recently been working on a movie in India, how have you adjusted to life there? Have you managed to escape the studio and travel around?

The hours have been so busy when filming that I haven’t had much free time as yet. Most of the free time is spent doing stunt work, fight training, horse riding, reading lines etc so it’s a busy time. I’m sure I will get a good look round soon.

Can you tell us a little bit about the movie you will be starring in?

Yes, I am playing the lead villain in a major Bollywood movie along with heavyweights Sanjay Dutt and Ranbir Kapoor. I’m actually in India now. The people have been amazing. I have thoroughly enjoyed every minute of it. The scale of the film sets are huge and the stunt teams are amazing as those guys work on the Fast & the Furious movies so you know you are in good hands. I love stunt work so it’s good to work with such a great team. I have been lucky to work with incredible cast and crews so far. Let’s hope it continues.

It’s evident from your social media and movie roles that you work out, how important is it for you to keep in shape and how do you find time to fit this into your busy schedule?

Sometimes we’d be doing night shoots so picked up at 5pm, arrive at set by 6pm, changed into costume and through hair and make-up by 7pm, and on set good to go soon after working through the night until around 6/7am, changed and back to the hotel for 8am, quick sleep til midday, up and train, read lines, then back out again so it’s pretty busy. You just have to be disciplined and make time to work out. I feel better for it and it’s largely been crucial for the roles I have played so far playing action focussed roles.

Being in your line of work you are often invited to an array of exclusive events and always have to look your best, do you follow any particular grooming regime and is there any specific brands that you are drawn to?

Not necessarily. Shower and change after a day of filming. Make sure my shirt is ironed and shoes polished to go with my suit. General Male grooming is important for these events. If I have the beard then it can take longer. You’ve got to wash it, condition it, comb it, oil it… it’s like a pet! 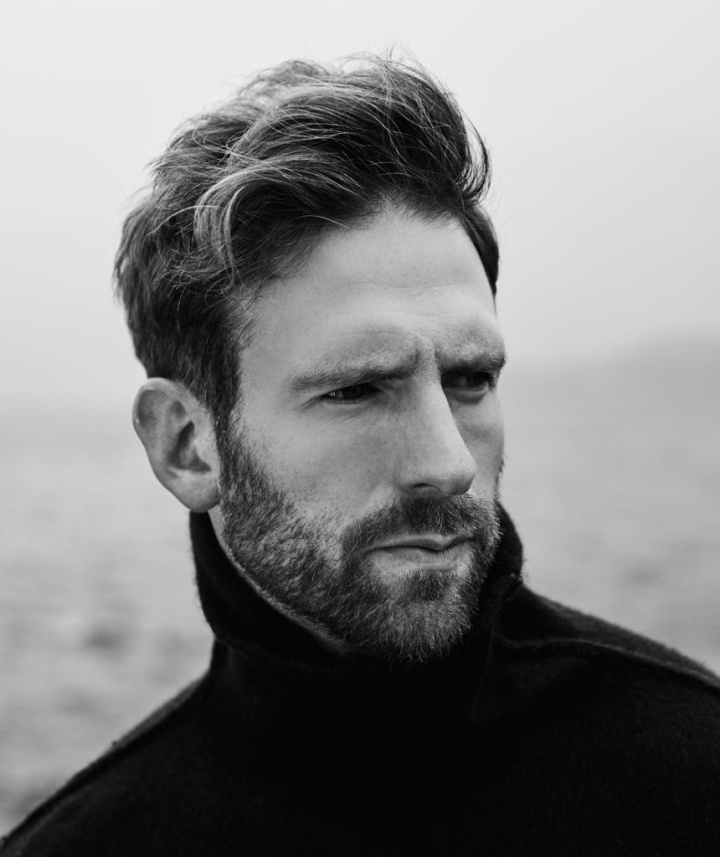 How do you look after yourself mentally in such a demanding and eventful career?

Working out is a great way to stay fresh. Also going back to Scotland whenever I can to see friends and family and get out in the outdoors.

You looked very dapper at this year’s GQ Men of the Year Awards, do you gravitate towards any particular style?

That’s very kind, thank you. I do like a classic look. I’m not too flamboyant in my styles. I like blue, grey, black mostly when wearing a suit. Some people might think it’s boring but I think classic is normally best. When dressing more casual I will normally wear a black leather jacket, white or black t shirt, black jeans, brown boots. That’s my go to. 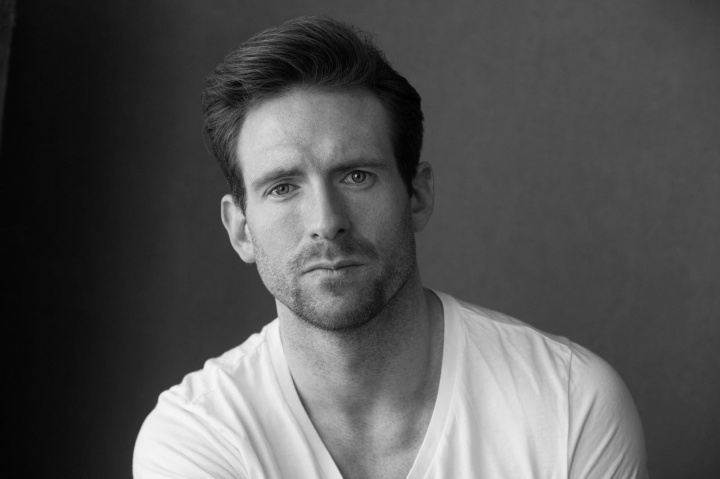 I always ask everyone this as I am a huge fragrance fan, what is your favourite fragrance and why?

I like Oud Wood by Tom Ford but I will also have a love for Boss Original as I always wore that when I was younger. I have tried various fragrances but I’d say that’s always a good one. A classic you’ll never get bored of. Oud Wood and Boss Original for me I’d say.

Last but not least, You have now moved to the City of London, is there anything you miss about bonnie Scotland?

I visit a lot now and since moving to London I realise I took for granted how beautiful it is. St Andrews, Kilconquhar, Elie, Loch Lomond, Gleneagles, Glencoe, so many beautiful places to see. I love home. 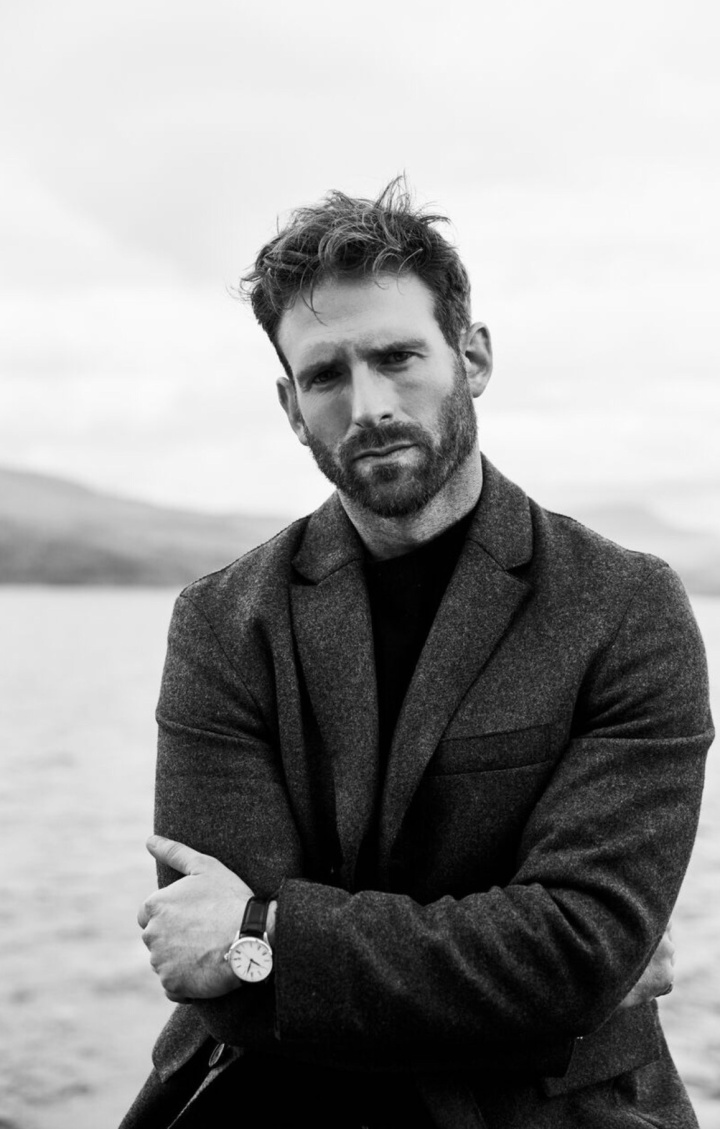 You can keep up to date with Craig and his career over on his Instagram at @craigmcginlay and keep an eye on his new Bollywood debut.